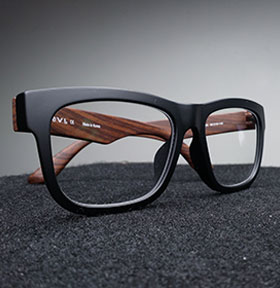 Not Average, Not Seeing Well Either

My eyes were working perfectly well…I thought. That is until I took a trip to Phoenix and rented a car. Anyone who has driven in Phoenix knows that street signs are noticeably large. Or maybe they aren’t so much oversized, but just more noticeable along roadways lined with palm trees vs. pine trees or deciduous trees as in my hometown Denver.

I was in Phoenix for business and could have gotten by with a taxi lift to the resort where the convention was being held. Instead, I had rented a car intending to make a special trip to visit old friends I hadn’t seen in far too long living in Scottsdale.

My takeaway from the trip: the street signs were hard to read.

Back home in Denver, I rarely looked at street signs since I had decades of driving the same routes. But I made a point of trying to read the street signs at a Mile High and diagnosed my eye problem: I needed a new Rx for my driving glasses.

The true expert, my ophthalmologist, had news for me: I had cataracts.

My response: No, I don’t have cataracts because I’m only 49.

I had always thought of cataracts as being something old people had. Turns out I had a lot to learn.

A Mayo Clinic study showed that the median age of a patient undergoing cataract surgery is now 65, down from an average of 73 to 75 year olds in 2004.

John Welsh of the Huffingtonpost.com says this is due to Boomers “deciding to undergo cataract surgery earlier than previous generations. Among the reasons: the surgery is safer, with fewer complications, than in the past. Patients know that and are often unwilling to wait for the cataract to worsen before choosing surgery. Experts say today’s younger patients don’t want to curtail their active lifestyles and are less tolerant of vision problems, too.”

Symptoms of cataracts include cloudy or fuzzy vision and sensitivity to glare, according to Webmd.com. The blurriness can make it seem like you’re looking through a fogged-up window…not great for driving among other necessary functions.

What happens if I don’t have cataract surgery? I asked. The answer: It can result in total blindness.

Your quality of life is our concern.